NEWS - Determination of slip resistance according to DIN EN 16165:2021
NEXT ARTICLE - Disposition on the move - the right step at the right time 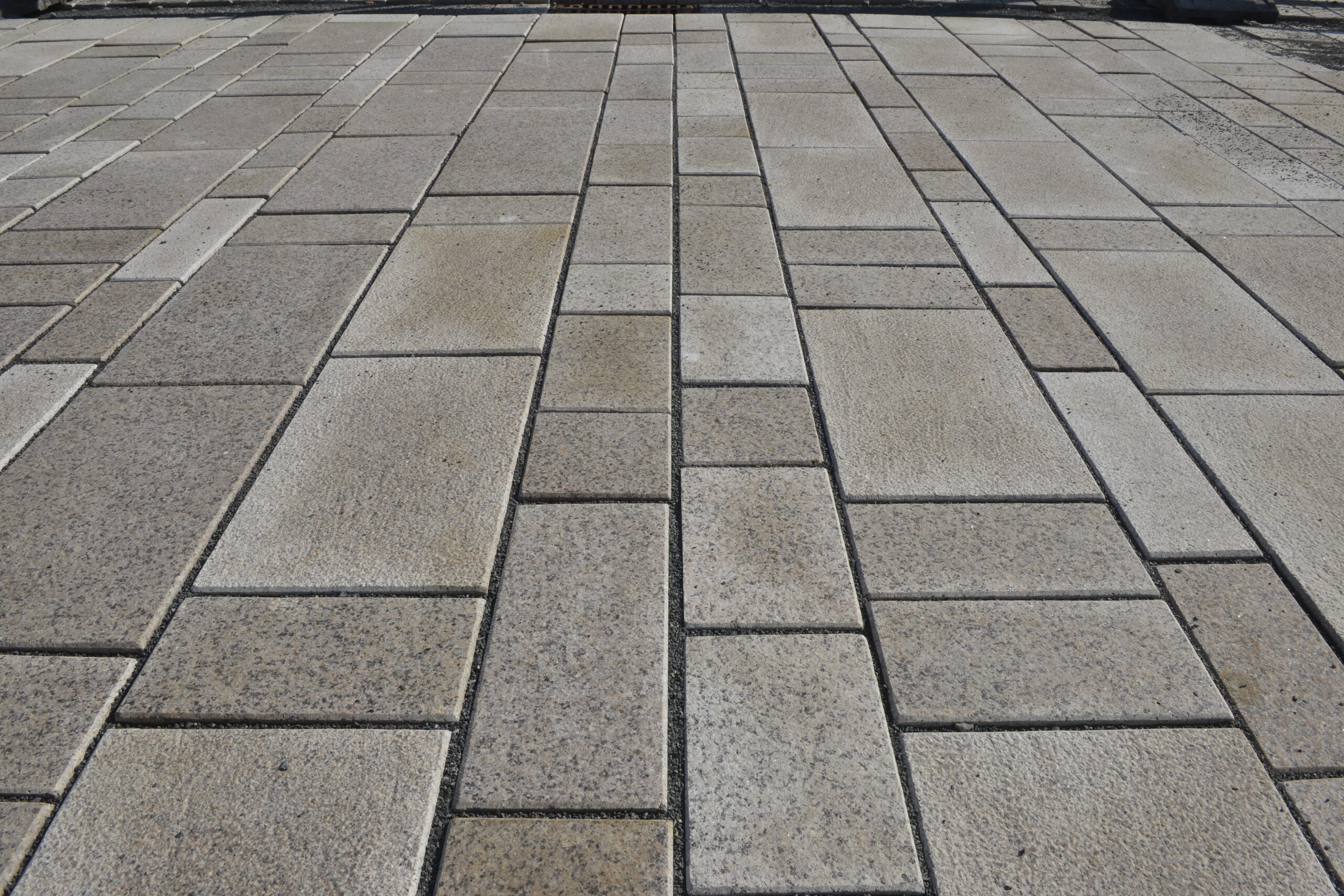 Determination of slip resistance according to DIN EN 16165:2021

Determination of slip resistance according to DIN EN 16165:2021

In the individual European member states, there have so far been a large number of different standards and regulations for determining slip-resistant properties. Often, the measurement principles differed only slightly, but had to be observed individually during testing and evaluation. As of December 2021, the new standard DIN EN 16165 has been published. With the title: “Determination of slip resistance of floors – Determination method; German version EN 16165:2021” we now have a European document at hand, which partially or completely replaces our previous national test standards DIN 51097, DIN 51130 and DIN 51131 for the determination of slip resistance properties. The new standard contains 4 test methods in annexes A to D, which describe the testing of the slip-resistant properties; however, it does not set requirements for the floor coverings. These are to be determined individually by the local conditions in the member states. Since this is a test standard, it is to be applied immediately and does not have a transition period like a product standard.

What has changed and what needs to be considered in the future?

The most significant change for the test laboratories occurred with the “test by walking barefoot on an inclined plane” according to Annex A of DIN EN 16165 (old DIN 51097). After new standard pavements (reference pavements) had to be acquired for this test, the test persons were trained once on these new pavements. The standard surfaces are surfaces with a defined angle of slip, which are necessary for the “calibration” of the test persons. Provided the test persons prove to be suitable, they are allowed to perform the test. It is now clearly described that the test solution used for this purpose (water with a small amount of low-foaming non-ionic surfactant) must be used only once to avoid contamination by body fats/oils and should have a temperature of (29+2) °. The new standard describes in great detail the test procedure (e.g. step frequency and determination of the point of slip) and calculation of the test value. Another new feature is that, depending on the test value, the appropriate standard floor covering must also be walked on after each series of test floor coverings. This is necessary for the subsequent verification and correction procedure to determine the individual correction value.

For the “test by footwear walking on an inclined plane” according to DIN EN 16165 Annex B (old DIN 51130), the standard coverings have been retained. However, the specified slip angles of these standard coverings have been somewhat adjusted on the basis of numerous round robin tests with the new standard. Shore hardness tests of the soles must now be performed regularly on the test shoes to be used, and the annual calibration of the inclined plane is now also part of the content of the standard.

While the two aforementioned tests are purely laboratory tests, the tests according to Annexes C (pendulum test) and D (tribometer test, e.g. with the GMG 200) can be used as mobile tests in the laboratory and also on construction sites. In both tests, the type of reference plates has changed in the area of verification of the testing device before the test. Whereas in the previous standard solid materials were named, now only the requirements for the surface parameters are described.

What did we find out and what are the resulting implications?

Both the barefoot test according to Annex A and the test by footwear walking according to Annex B produce an angle in [°] degrees as the test result. Classification in classes as previously is not provided for in Europe. However, in the German version of the standard there is a national annex NB, from which the known classes of slip resistance can be taken. However, it is to be expected that test reports without classification into classes will appear.

The results of the pendulum and tribometer tests are given in the usual form. It is still not possible to convert these results into a class of slip resistance.

Even if the previous statements, particularly in the case of the tests on the inclined plane, may give rise to the suspicion that completely different test values are now being determined, the results according to the new and old set of standards can be described as equivalent. This means that existing test reports can continue to be recognized. Many test reports are nevertheless limited to 5 years. Then, due to new or changed manufacturing conditions, the tests should be updated.

In short, the new DIN EN 16165 is a comprehensive and meaningful document that offers us the opportunity to use uniform test methods on the European market and thus also to reduce trade barriers for construction products for use as floor coverings.

Our proven partner for many years – The Baustoffprüfstelle Wismar GmbH

The Baustoffprüfstelle Wismar GmbHwas founded in 1990 from the testing laboratory for building and heavy clay ceramics, which had already existed since the middle of the last century. In addition to the testing of ceramic building materials, the range of services now includes the certification of numerous other materials. Asphalt, concrete, natural stone and sand-lime bricks, among others, are also closely examined here.

In order to guarantee the quality and the required properties of belgrano® natural stone, BESCO Berliner Steincontor GmbH regularly commissions the accredited neutral testing laboratory. They are always on our side with advice, expertise and knowledge of the current testing standards. In this way, we are always up to date with current standards.

Do you have any questions? Feel free to contact us. We are always at your service to provide further advice and assistance. 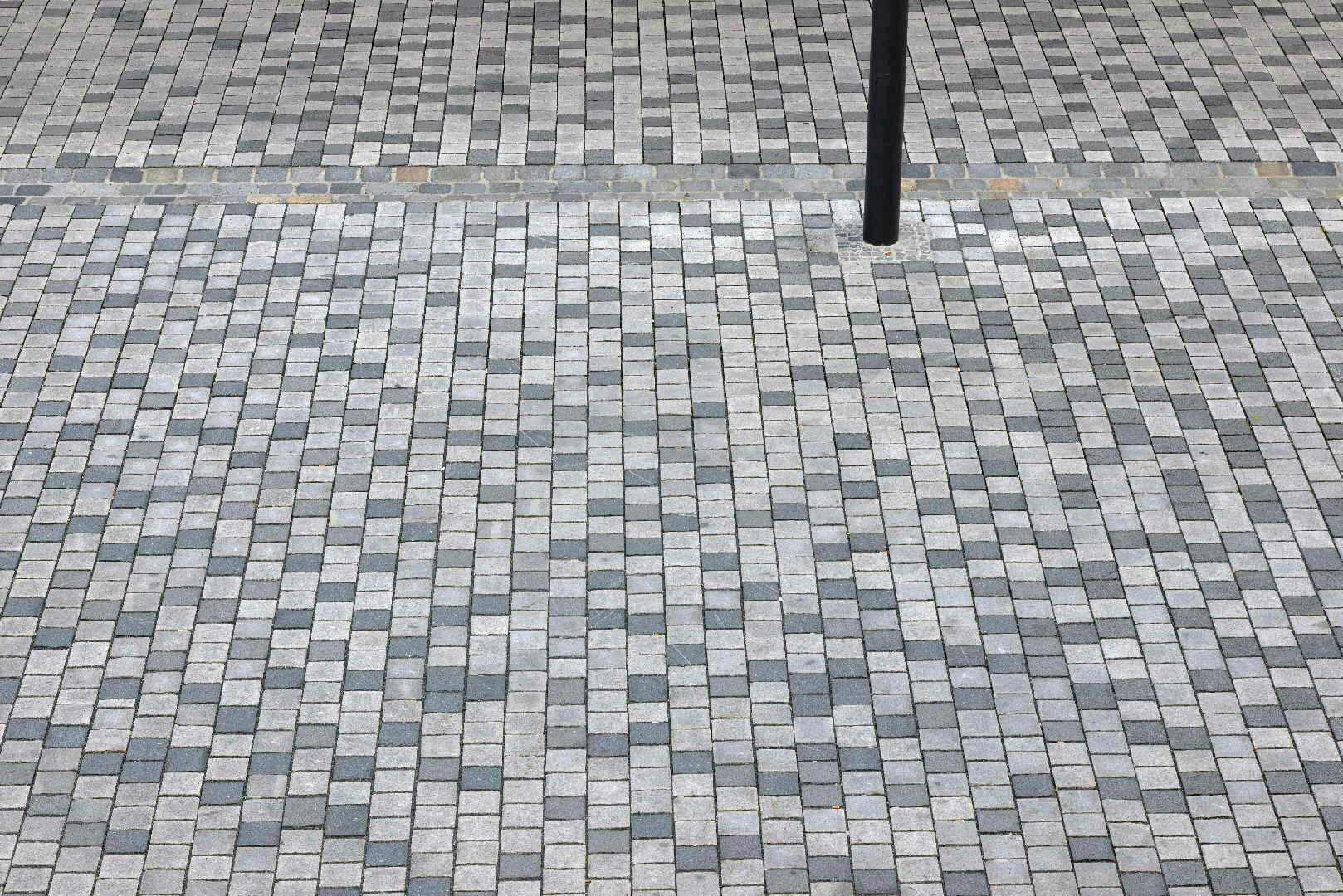 Slip-resistant properties according to DIN EN 16165

Granites and other hard stones are very durable by nature and therefore ideally suited as paving material. It is not uncommon for paving stones to last several hundred years. Professional maintenance can also considerably extend the lifespan of a paved surface. In professional circles, maintenance is understood to mean the preservation of the serviceable condition. For the builder-owner or the maintenance contractor, the maintenance obligation begins at the time of the handover (with the exception of measures taken to remedy defects within the warranty period).
read more